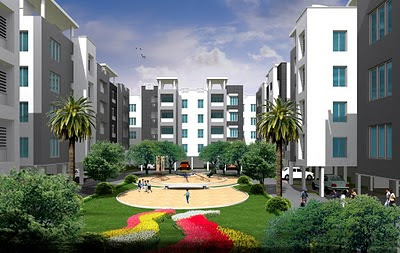 VGN Ferndale, an upcoming project in Mogappair East, Chennai offering 160 Apartments in sizes ranging from 731 sqft to 1042 sqft. The apartments are coming up in 2 Blocks - A & B. The "pre-launch offer price" for VGN Ferndale is Rs.3600/sqft plus additional charges.

For more details, check out :
VGN Ferndale Details [PlaceToLive.in]
at 3:36 AM No comments: 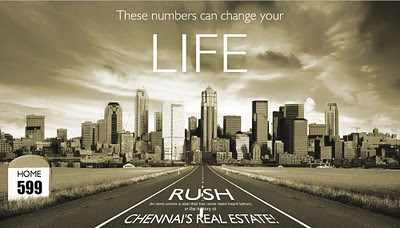 Well, our guess on what 599 referred to, was wrong after all. It has nothing to do with SQFT rates.

At a press conference today, Sandeep Mehta - the chairman of Fairpro 2010, informed that special home loan rates will be available at the event. The home loans will be offered at 5.99% interest rate, applicable for the first two years.

Considering that the initial period is when the interest component of the home loan will be very high and that current economic mood, this offer can sure interest tempt a lot of home buyers.

Confederation of Real Estate Developers’ Associations of India (CREDAI) has started its marketing campaign for FAIRPRO 2010 to be held on Feb 19th, 20th and 21st, at Chennai Trade Center at Nandambakkam, Chennai.

Last year's event - FAIRPRO '09 - highlighted a "never-before" price waiver of 30% by one of the builders - Jain Housing for the Alpine Meadows project.

For 2010, it seems one of the builders is going to offer a discount of Rs.599/sqft - or that is what we predict based on the theme of the ads.. [we guessed wrong, read UPDATE below] 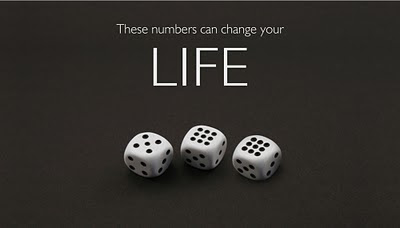 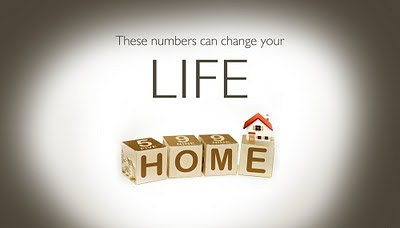 The last image talks about the "RUSH for here comes a deal that has that has never been heard before in the history of Chennai Real Estate".

That other possibility is Rs.599/sqft as the rate on offer - which seems highly unlikely. Because Rs.599/sqft was a deal which was on offer previously - probably a decade ago :-) and hence is "history". With construction rates well over that rate, we do not believe there will be a surprise in this angle, unless someone comes up with more innovative Laurie Baker approach of affordable housing construction, very far away Chennai city limits.

So, for now, our prediction is a discount of Rs.599/sqft on those 3 days, by one builder, for one of their projects.

PlaceToLive.in was launched during last year's event, that is FAIRPRO 2009.

For this year too, we plan to cover the event in this blog and provide more details to our visitors at our Chennai Real Estate website - PlaceToLive.in
at 6:25 AM No comments:

Labels: 599, Chennai Real Estate, Fairpro, FAIRPRO '10, FAIRPRO 2010
Newer Posts Older Posts Home
Subscribe to: Posts (Atom)
*The information provided here at PlaceToLive.in, is not verified by the builder, to be devoid of factual and/or typo errors. Also read this disclaimer.